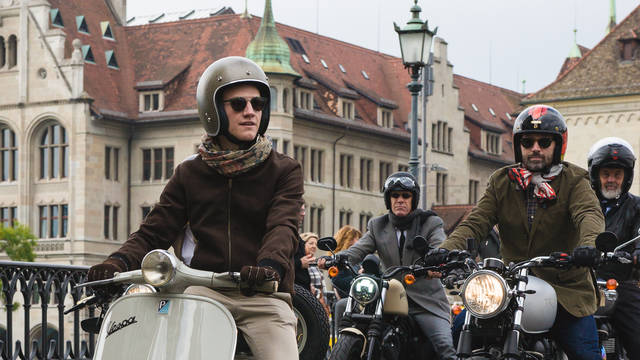 The 2015 Distinguished Gentlemans Ride in Zurich

Overcast, foggy, a typical autumn morning in Zurich. Temperatures did not reach the teens. But cancer does not stop just because it isn’t cosy outside. And neither do the gentlemen and –women on their motorcycles, taking part in the 2015 Distinguished Gentleman’s Ride all around the world. 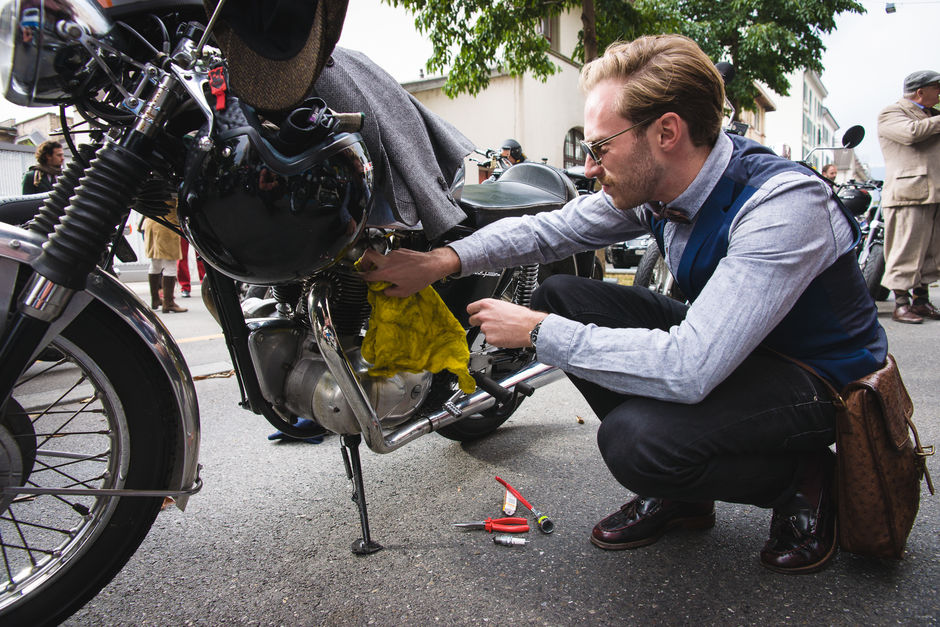 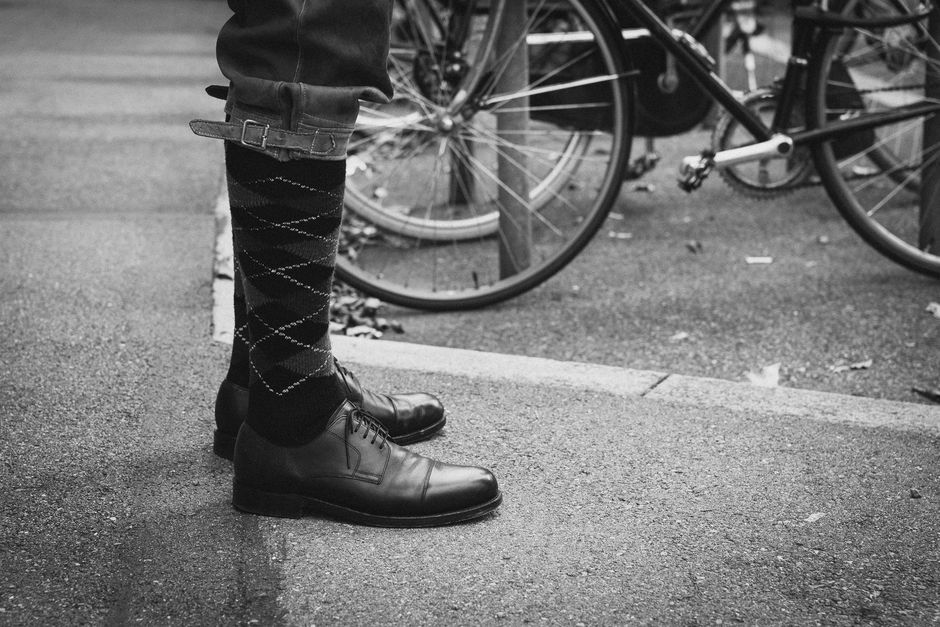 It did not take long this Sunday morning for the first riders to appear at Erne’s Euromotos in the city centre of Zurich. Many familiar faces from last year’s ride, but also a bunch of new riders with awesome bikes. Time for coffee and a chat, while others did some repairs on their bikes or adjusted their moustaches. 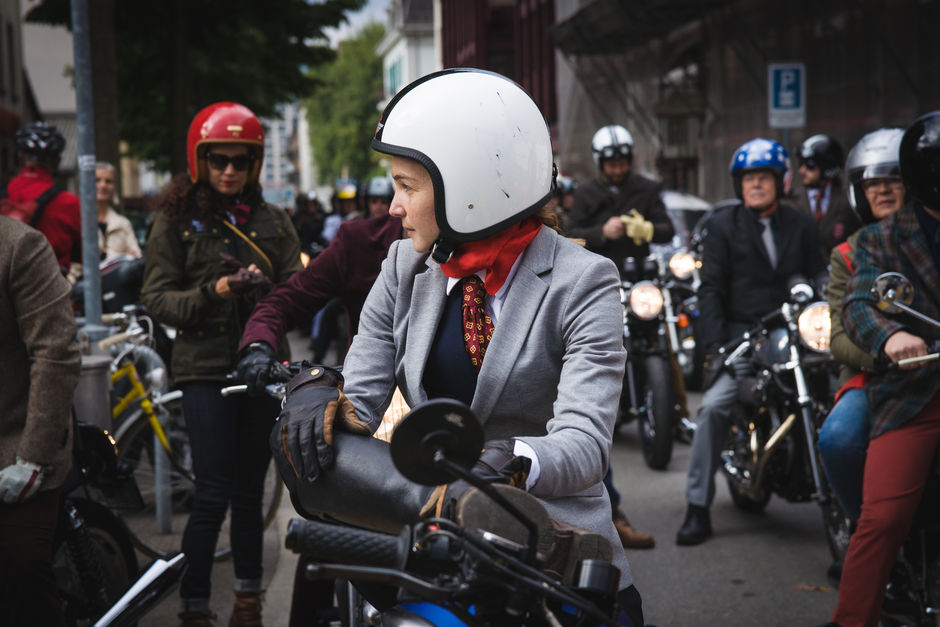 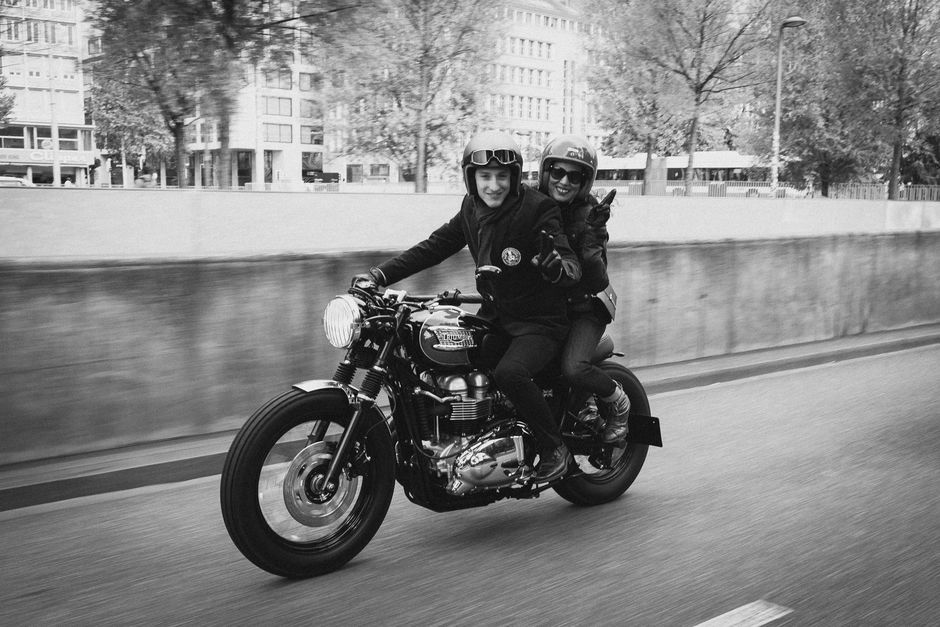 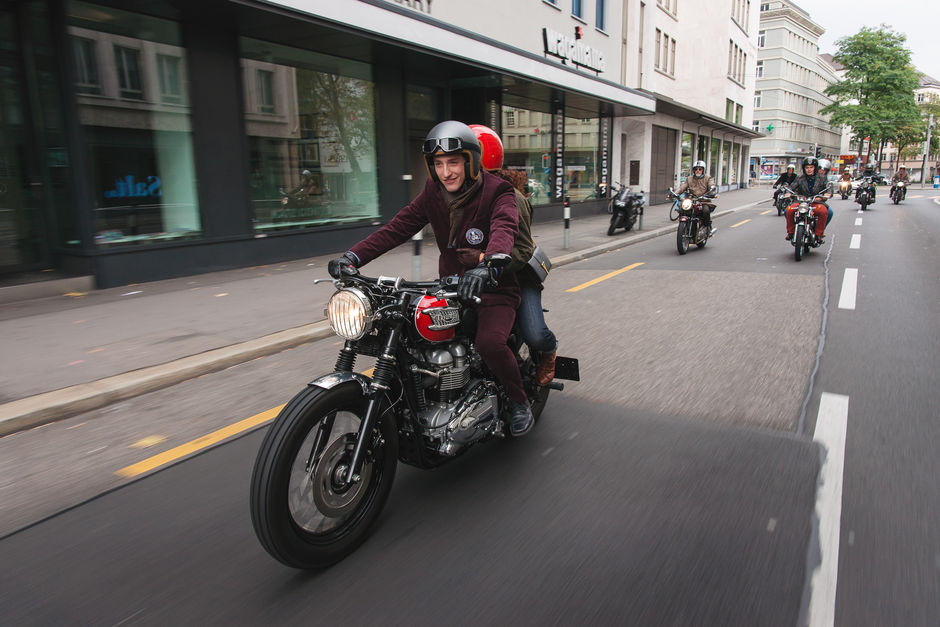 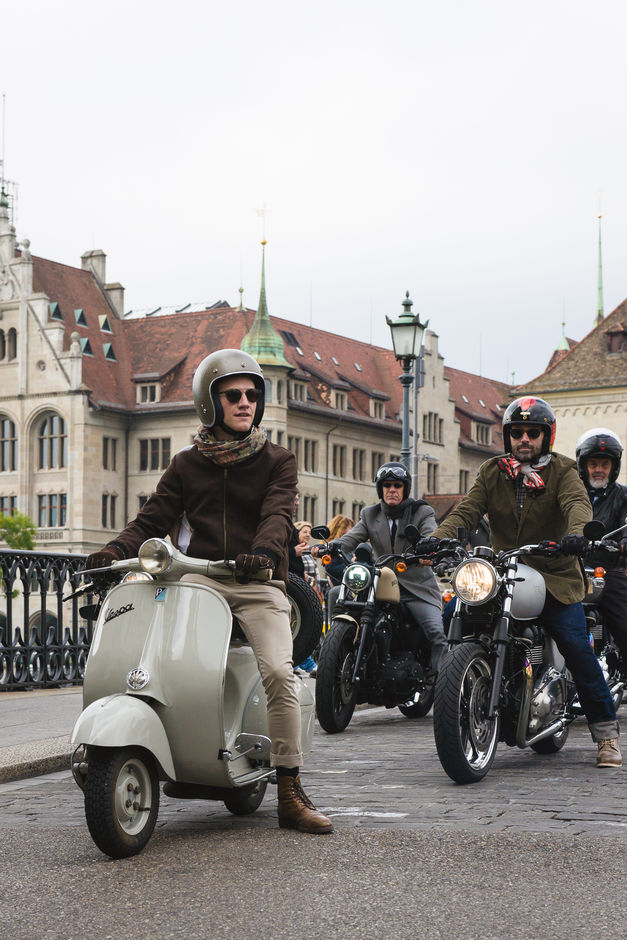 Nobody knew how many riders to expect. Last year only two thirds registered on the official website. This year would be no different. In the end, 198 riders started their engines at eleven o’clock, leaving for the first stop in the old town with an aperitif sponsored by the guild Zunft zur Zimmerleuten. Then along the lake of Zurich to Meilen, onto a ferry to Horgen, and back to the city. The ride would end at the Güterschuppen in Wollishofen, a renowned location among motorcyclists.

Finding a way through the city was harder than one would think. Roadworks everywhere. Nevertheless, our locals did indeed manage to find a scenic route. Arrived in the old town of Zurich a crowd of tourists gathered around the horde of motorcycles. And every couple of minutes the crowd gave way to the tram crossing the small square normally not used by cars or bikes. 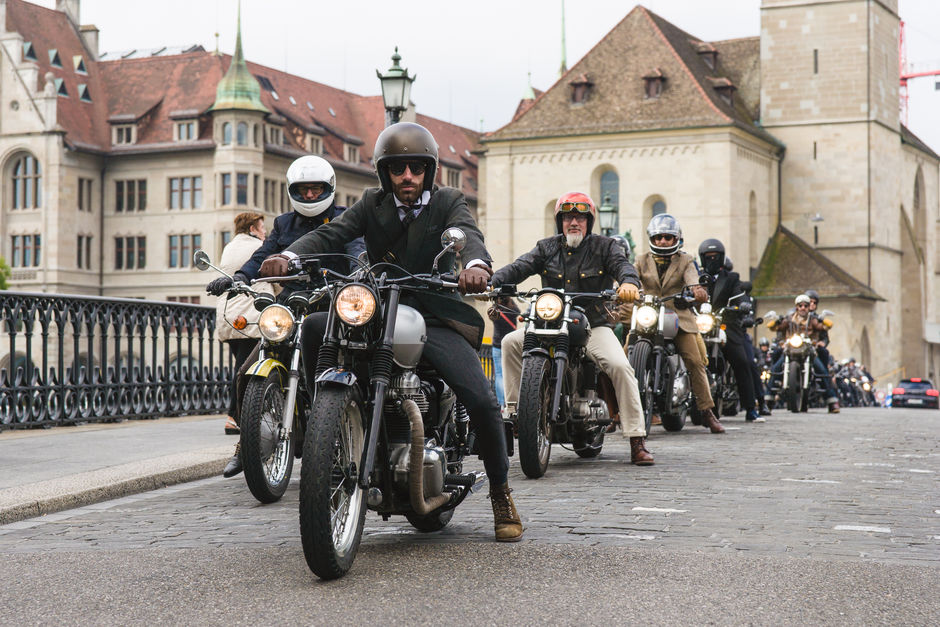 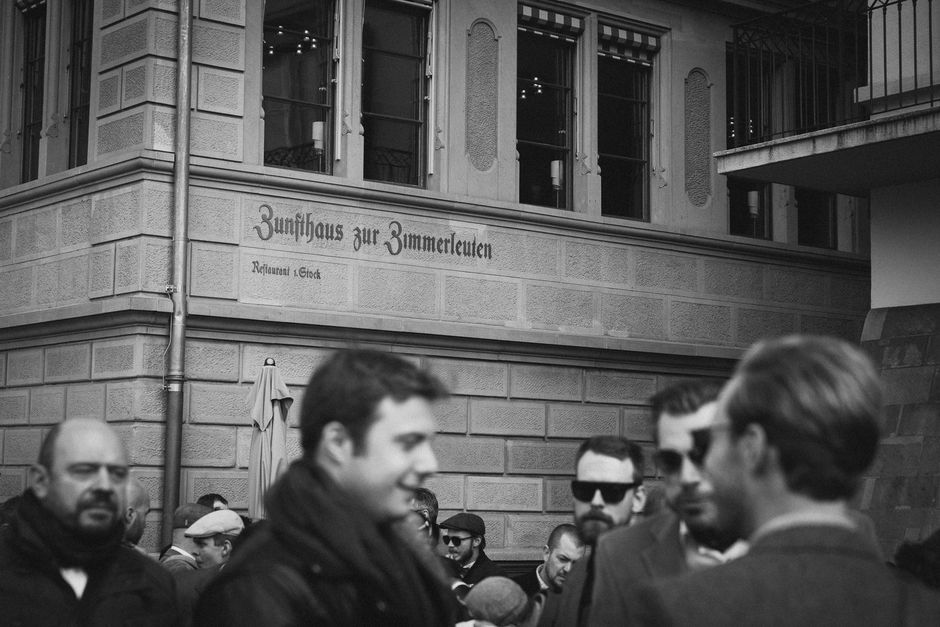 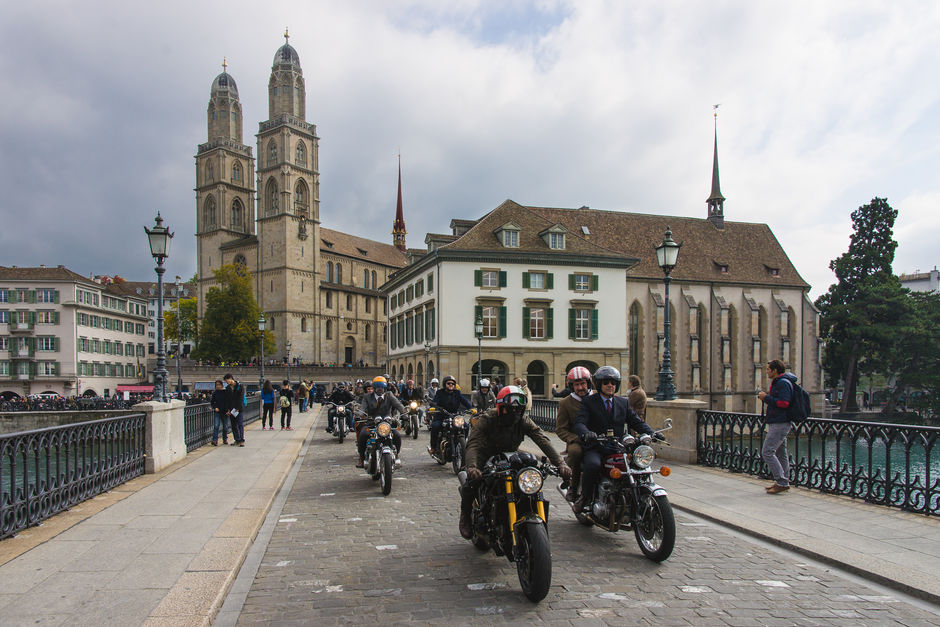 Was it the Vincent Black Shadow roaring through the crowd, signalling the departure? I cannot remember. However, it did not take long and the old town was soon filled with that distinctive smell of petrol, burnt oil and pure manliness. The last cigars were extinguished. And the ride continued.

Again roadworks everywhere. The City is currently a mess. And some riders of vintage motorcycles had a hard time with their oil temps and clutches getting sticky. Even with the low ambient temperatures that day. However, due to all the engines the more motorcycles passed through, the warmer the air got. You could not only hear or smell, but also feel them. Bad news for the ones at the back… 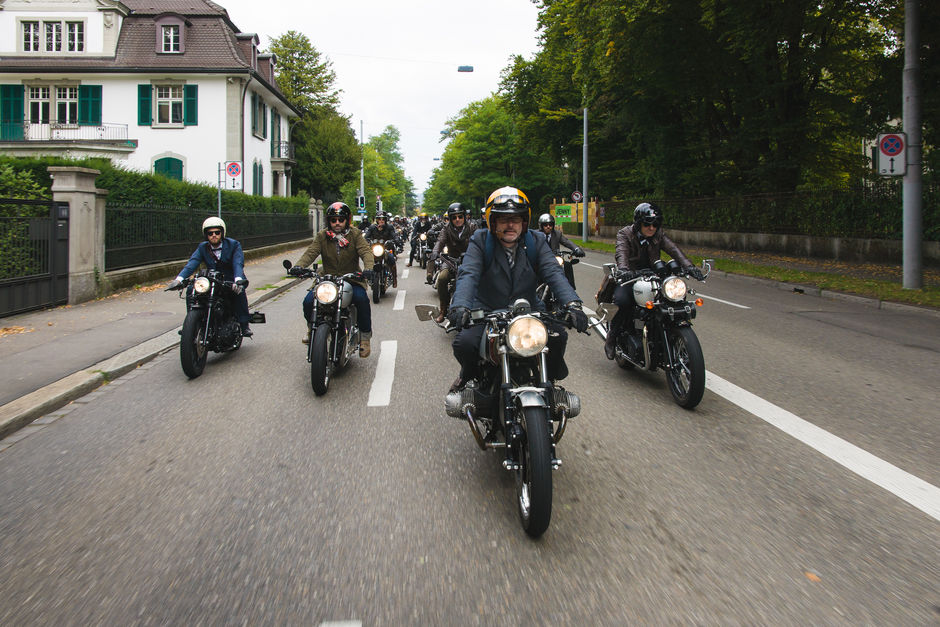 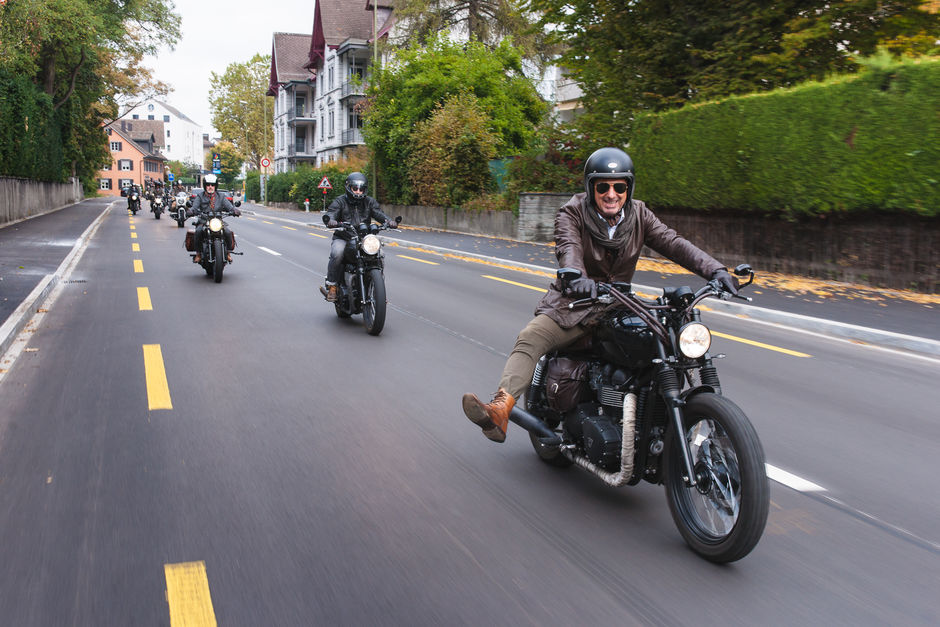 It didn’t take long and the group left the city, heading up the left side of lake Zurich. Oil temps went back to normal and now everyone could just enjoy the ride and the view. Traffic lights split up the group every now and then, but eventually everyone caught up again and arrived at the ferry. Sadly we had to leave a dozen behind as some cars wanted to cross the lake too. But they got onto the next ferry and re-joined the main group after only a short time. 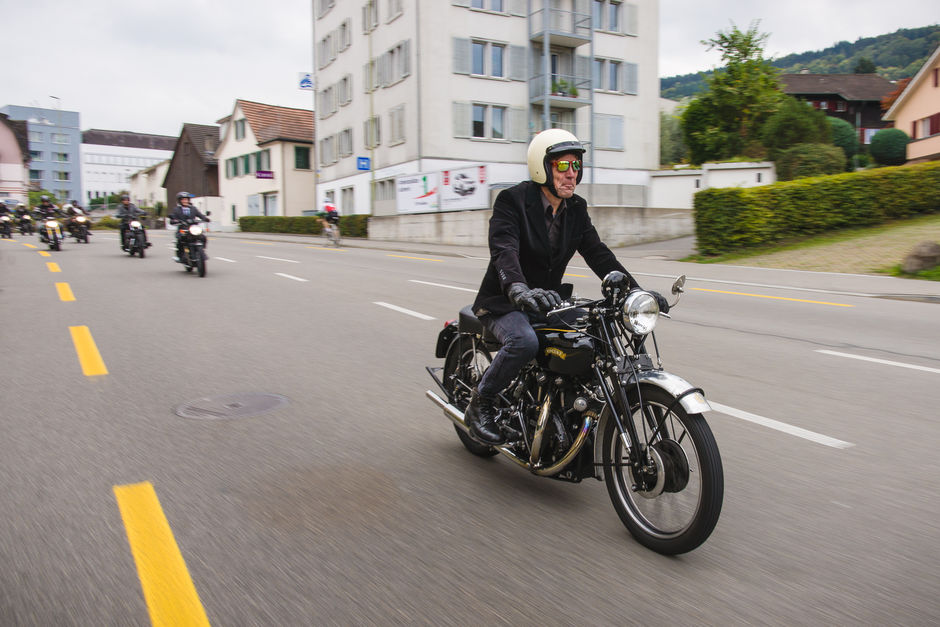 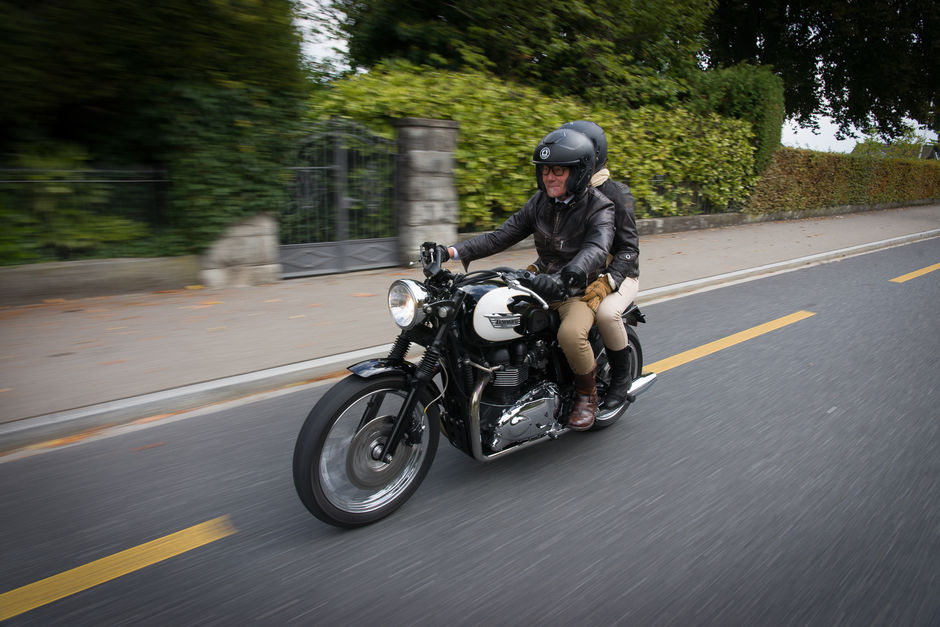 Arriving at the Güterschuppen in Wollishofen, all riders had to enter the area through one narrow gate, giving me the opportunity to take pictures of every single bike and rider. Fresh beer, a BBQ and an Italian barber from Bullfrog were the reward for a long wait at the entrance. And man did they enjoy those rewards! The short but fun ride ended as it had begun: with lots of talk, laughter and happy faces. And stick on moustaches. 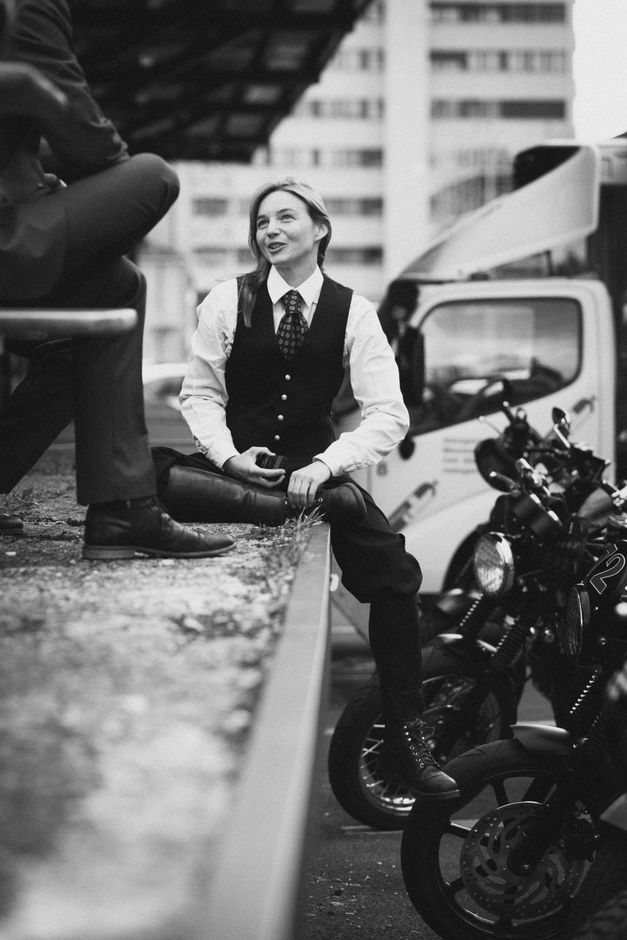 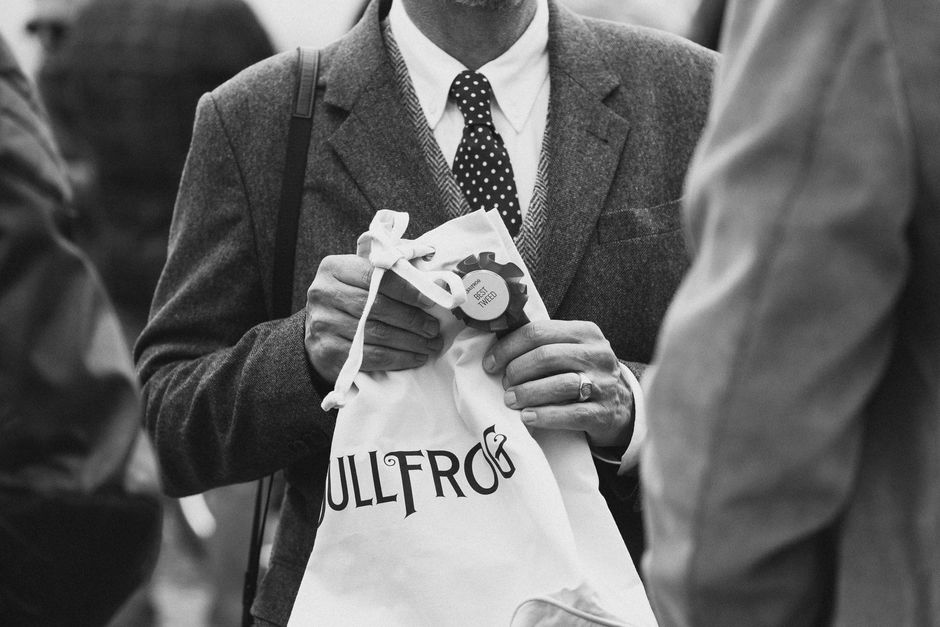 Check out all the images in my facebook gallery.